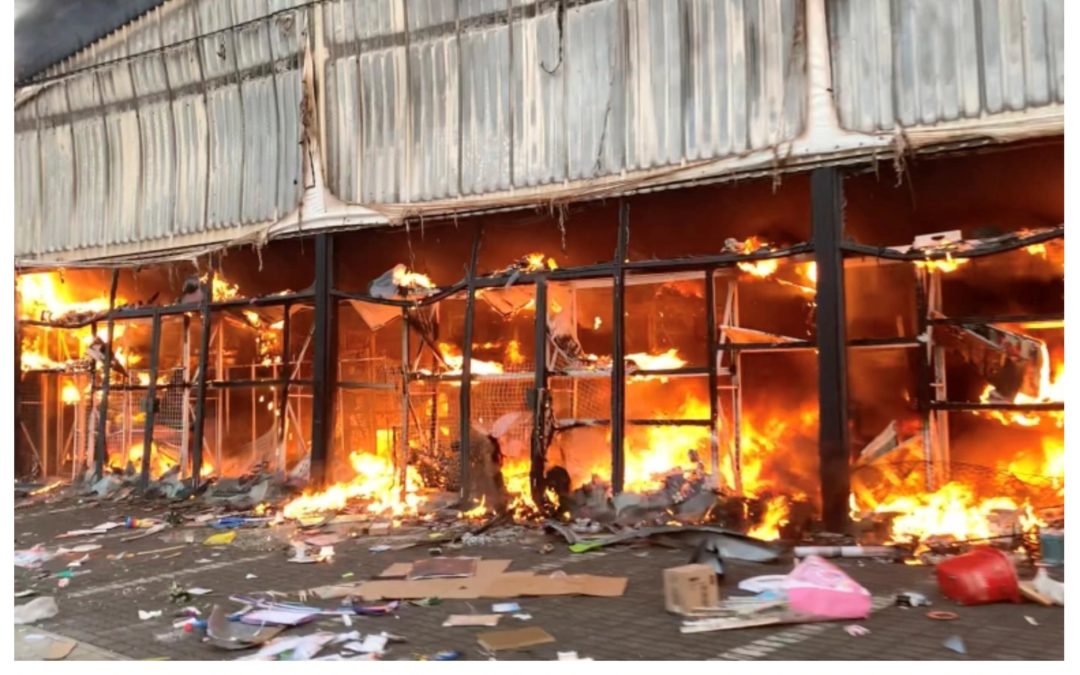 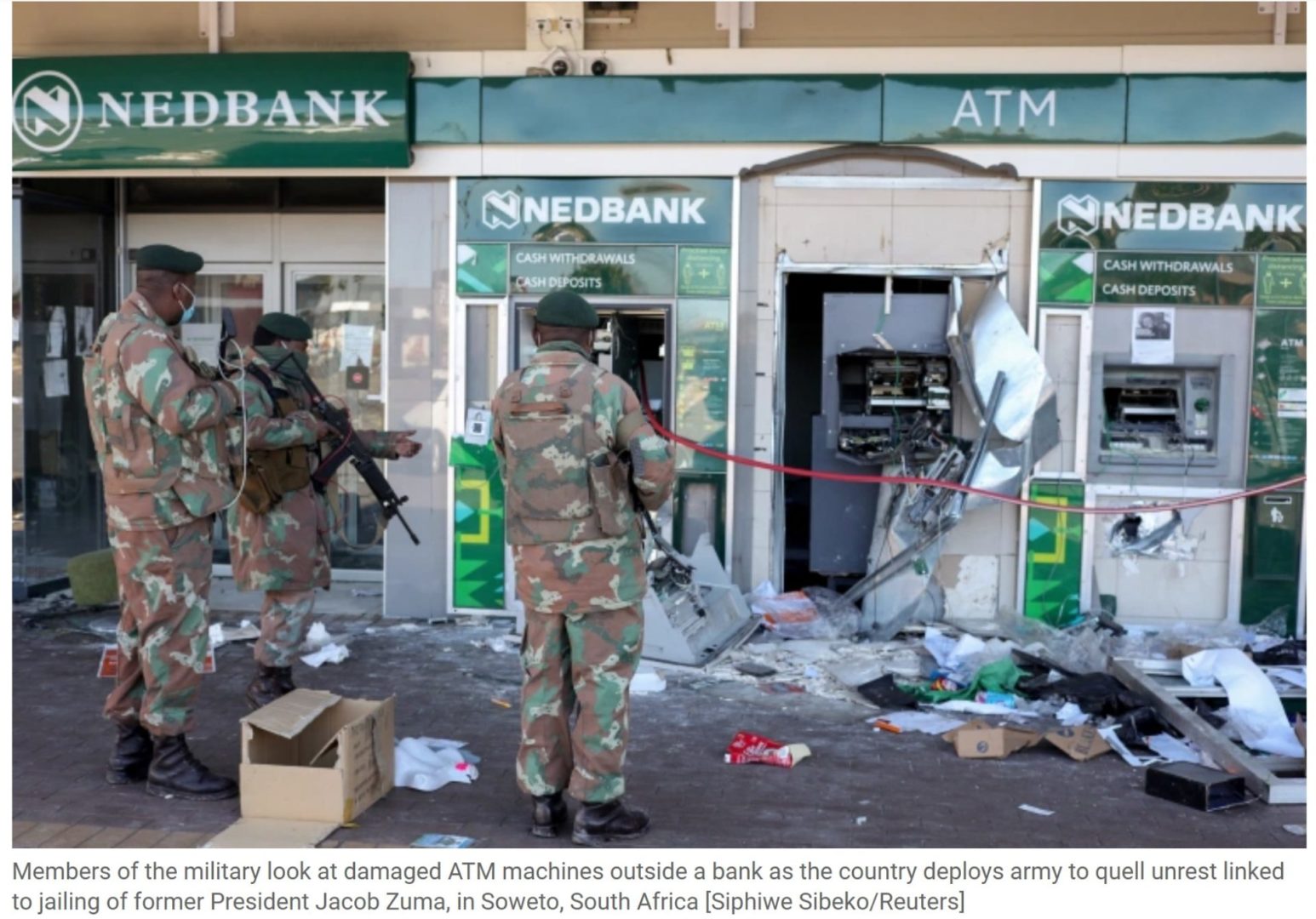 Shopping malls have been ransacked and burned and the major N2 and N3 highways in KwaZulu-Natal have been shut down as trucks carrying supplies and agricultural products have been looted and torched. In addition to the looting of shopping malls, warehouses and businesses, the riots are also marked by widescale theft of livestock. The disruptions have also led to fuel shortages in certain areas. This has also had a serious impact on the South African agricultural sector and there has been speculation of possible food shortages in the country.

The disruption to the supply chain and ports will also influence exports. The port of Durban is South Africa’s biggest port of exit for fruit exports and is currently not operational as people are unable to get to work. In addition, the railway service that transports citrus to the port from production regions in the north of the country has been suspended by Transnet. The citrus industry is currently in the midst of the peak harvesting season, and it has been estimated that exports to the value of R592 million were under threat. 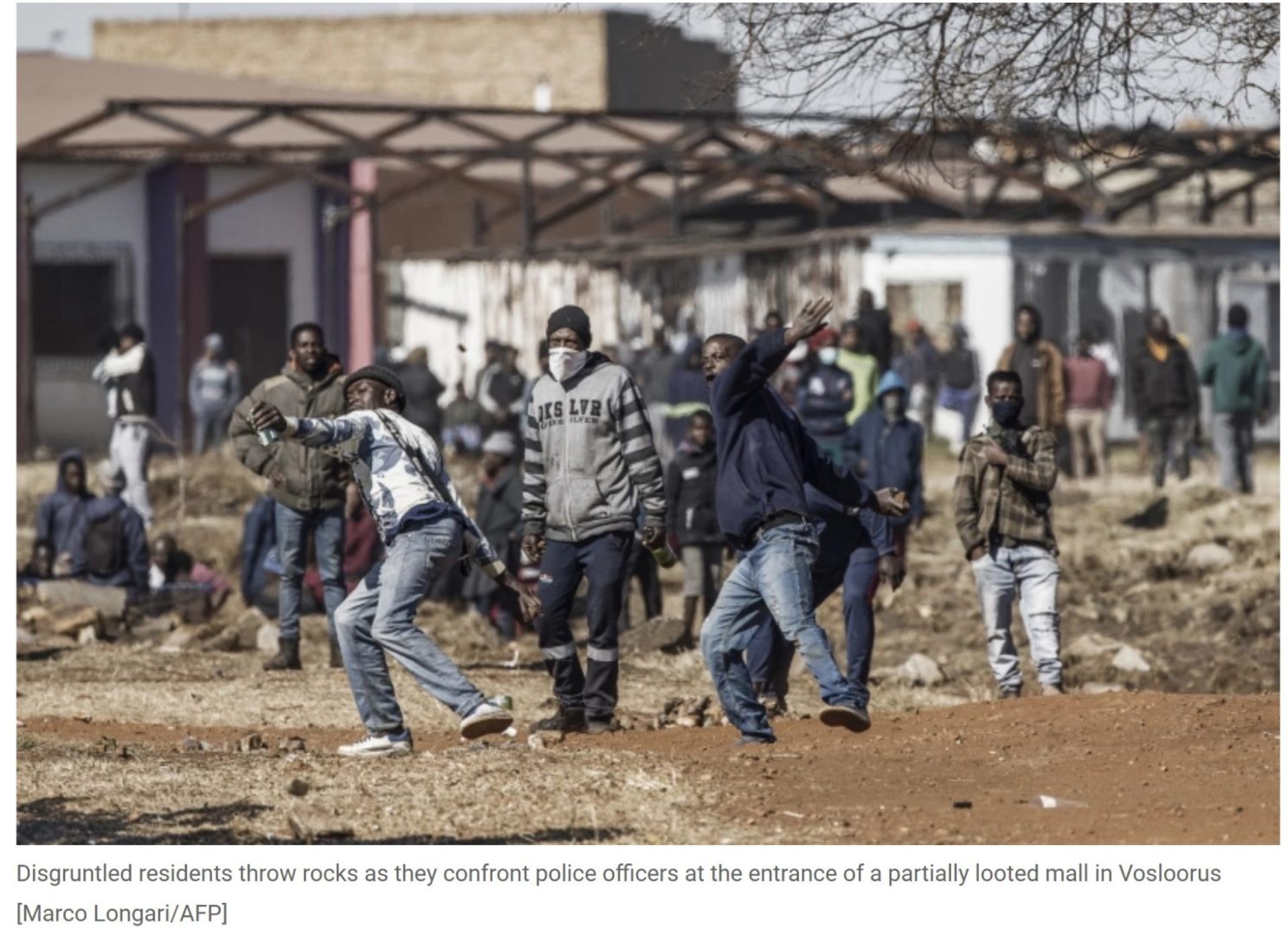 Justin Chadwick, CEO of the South African Citrus Producers’ Association has announced that the Citrus industry is mostly continuing to harvest and pack fruit as it is impossible to halt this process without crop losses. Citrus producers that have access to local storage facilities are storing packed fruit in cold storage facilities in the various production regions for dispatch once it was safe to transport the fruit. Others have been forced to suspend harvesting. Chadwick added that once the situation has been controlled, the larger volumes that will need to be moved following the disruption are likely to cause bottlenecks in the South African ports. The logistical infrastructure in the ports is already strained in coping with South Africa’s rapidly growing fruit exports, so these catchup volumes are expected to cause further delays. In addition, a sudden oversupply of fruit arriving in the market as a result of the delays is also expected to have a negative effect on returns.

While the avocado season is also in full swing, this industry has been less affected as the bulk of the export shipments of avocados are shipped form the port of Cape Town. The CEO of the South African Subtropical Growers’ Association Derek Donkin explained that growers have largely been able to transport fruit to Cape Town by avoiding travelling through the affected areas. 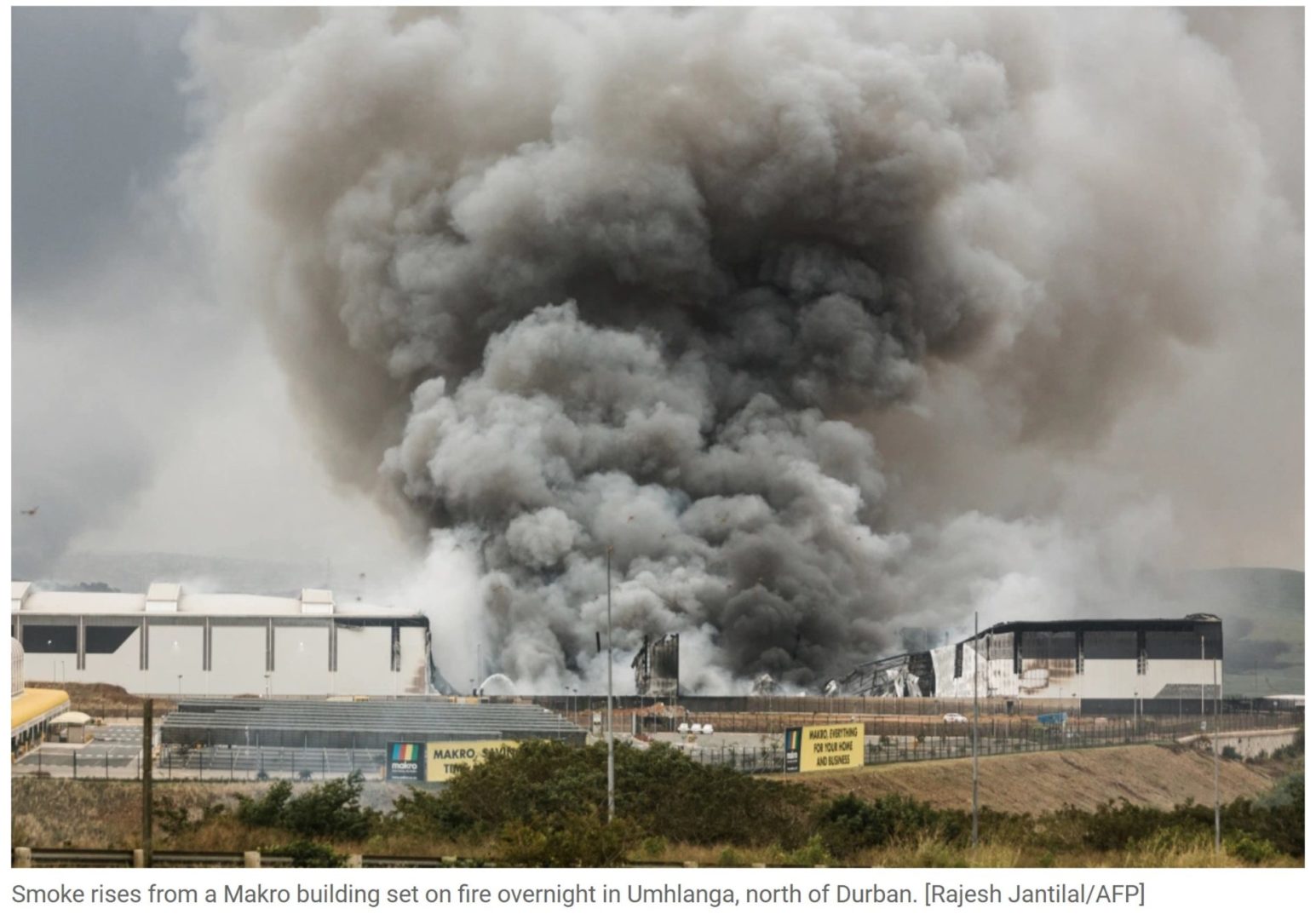