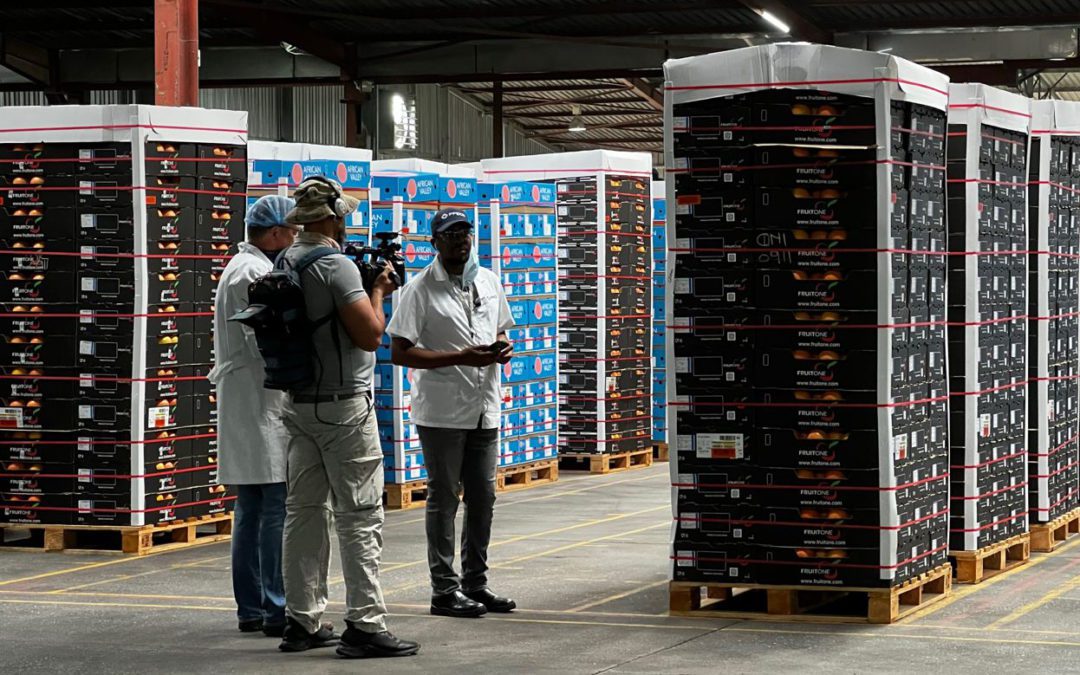 In response to the Covid-19 international travel bans, the South African export fruit industry has been making use of livestream farm and packhouse inspections to secure market access. This form of communication was developed within the South African fresh produce sector by Lucentlands Media in response to the request from the Chinese government. Their prerequisite for access to Chinese markets for new South African fruit supplier registrations was to do an inspection of the relevant vineyard or orchard and packhouse via livestream broadcast.

As this had never been done before, the South African fruit industry sought a service provider to assist them. Lucentlands Media responded to this request and has undertaken this important responsibility successfully. Since 2021, they have completed 25 inspections for China on behalf of the South African fresh produce sector for fruit industry bodies SATI, Hortgro, CGA (and one demonstration for Japan on behalf of SAAGA).

The way that this has been implemented is that while the Chinese inspectors sit in Beijing, the Department of Agriculture, Land Reform and Rural Development (DALRRD) officials accompany representatives from the packhouse/farm as they walk through a virtual inspection. Assisting the film crew is a suitably qualified interpreter who assists in asking the questions and translating the responses back to the inspectors in China. This is not a simple task as in many parts of the country internet signals are poor which can cause delays and sometimes the signal drops during inspection.

Lucentlands Media is continuing to implement this innovative method of livestream broadcasting farm and packhouse visits. As this service holds considerable potential for the fresh produce and the broader agriculture industries, Lucentlands is currently expanding this offer to local and international commercial clients.