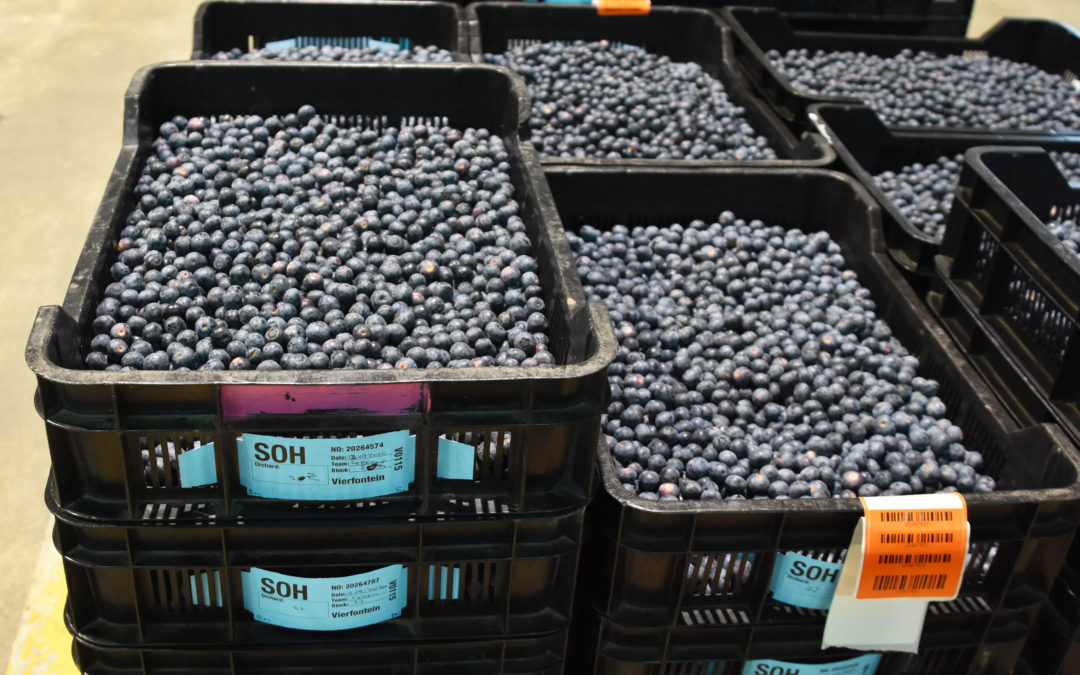 Twenty years ago, fresh blueberries were unavailable in South Africa. Since around 2010, the emergence of new, low chill blueberry varieties that can be grown in warmer climates that has fueled the international development of a massive global blueberry industry, has also had a similar impact on South African productions. Since then, blueberry production has become firmly established in the country and is currently the fastest growing horticultural industry In South Africa.

While the blueberry industry is currently still smaller in volumes than deciduous and citrus fruit production, good returns from export markets have motivated the unprecedented expansion this high value industry over the past several years and blueberry productions are expected continue increasing over the next few years. To illustrate the rapid pace of expansion, in 2015 the total number of hectares of blueberries under production in the country was 471ha and since then and projections indicate that by 2022 this figure will have grown to over 2000ha.

During the current blueberry season, South Africa has shipped 4000 tonnes of blueberries to Germany. This is a 33% increase from the pre-season shipment estimate to Germany, as South African blueberry producers aim to increase their market presence in this country.  As the industry is rapidly expanding the 2022 harvest has yielded the biggest blueberry harvest to date. The exports to Germany represent 20% of South African berry exports, and other markets include the rest of Europe and the United Kingdom.

South African blueberry productions are largely based on varieties with excellent genetic material. “There are amazing varieties coming out of South Africa,” said Elzette Schutte, Berries ZA Manager. “They have good size, the quality is exceptional, and they have a beautifully sweet taste. The climate makes the fruit very consistent, so consumers get the same quality experience each time.” South African exporters believe they have not yet fully tapped into the potential of the German market but are looking to rectify that through trade media and digital and print advertising, highlighting South Africa’s beautiful fruit. The campaign will be visible throughout the season and in the run up to the Fruit Logistica trade show in Berlin, where Berries ZA will be on hand to meet key industry contacts and develop new relationships.  “We look forward to meeting the trade at Fruit Logistica in April and building on what we have achieved this season in 2022-23,” concluded Schutte. “We’ve had an excellent response from the German market and look forward to growing that relationship further in the coming years.” 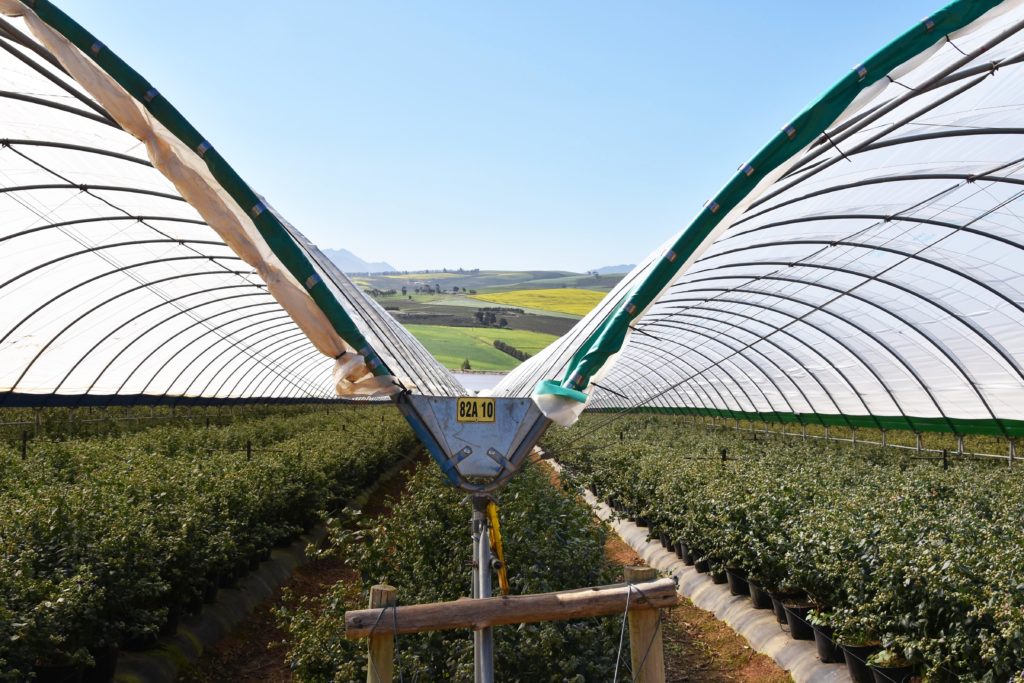 This considerable growth in the blueberry industry is good news for South African agriculture as the foreign revenue the product is generating is proving beneficial for the sector. According to Berries ZA, almost 70% of South Africa’s blueberries are exported and export revenue has increased from about R133 million in 2013, to current levels of more than R1 billion.

Blueberry production has one of the highest labour components within fruit production and requires up to 25 pickers per hectare of fruit during the harvest season. Thus, the industry’s rapid expansion is creating a significant number of jobs in the agricultural sector. South Africa’s Western Cape Department of Agriculture estimates that the country’s blueberry sector employs 5,700 people.