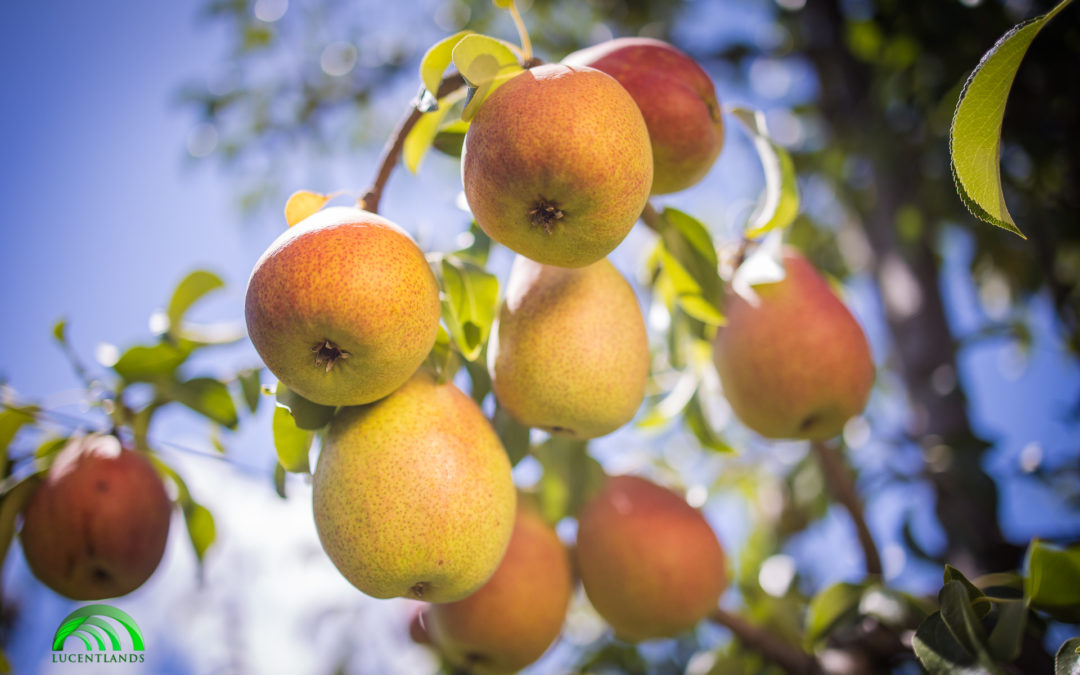 Cheeky® is a South African bred pear variety which is proving to be very popular with both growers and consumers market and productions of this variety are rapidly on the increase. This variety was bred by the South African Agricultural research Council Infruitec-Nietvoorbij and first registered in 2009. Culdevco (Pty) Ltd is the exclusive licensee for Cheeky® and Culdevco General Manager Dr. Leon von Mollendorff describes the Cheeky® pear as an early blush variety.

Blush pears were first grown in South Africa in the 1990’s and have traditionally been mid to late season pears. South African blush pears are very popular in our country’s export markets, and as Cheeky® is an early blush pear, its entrance into the market has made it possible for the South African pear industry to supply blush pears throughout the entire pear harvest season.

While Culdevco has been responsible for the commercialisation of this variety,

Taaibos Human from the Agricultural Research Council (ARC) is the man behind the breeding of the Cheeky® blushed pear variety.

The South African pear industry has reported a significant increase in plantings of Cheeky® over the past few years. As an early ripening variety, Cheeky® bridges the gap between blushed pear varieties such as Rosemarie, Flamingo and the later-season cultivar Forelle. It is harvested over a period of around weeks 4 and 5 and due to its characteristic large fruit size and marketability prior to ‘Forelle’ is setting good prices for this category.

Cheeky® has been very well received in most markets because of its attractive blushed colour, taste and fruit size. Cheeky® ripens about three weeks earlier than Forelle, the other major blush pear from South Africa.

The red colour is so intense that it retains the blush during the heat waves normally encountered during January and February. Cheeky® pears ripen during late January to early February and are available from February until April.

After storage, the background fresh colour of the pears changes to a bright yellow, enhancing the blush colour to a very attractive, striking bright red.

The majority of Cheeky® plantings are in the Ceres region and Wolseley/Tulbagh is second on the list and followed by Villiersdorp/Vyeboom.

Cheeky is a very popular variety, both with growers and consumers. Between 2013 and 2018, the total planted hectares of this variety is variety doubled, growing from 232 ha in 2013 to 462 ha in 2018. The growth trend for Cheeky® is continuing and the South African pear industry is rightly proud of this home-grown blushing beauty.