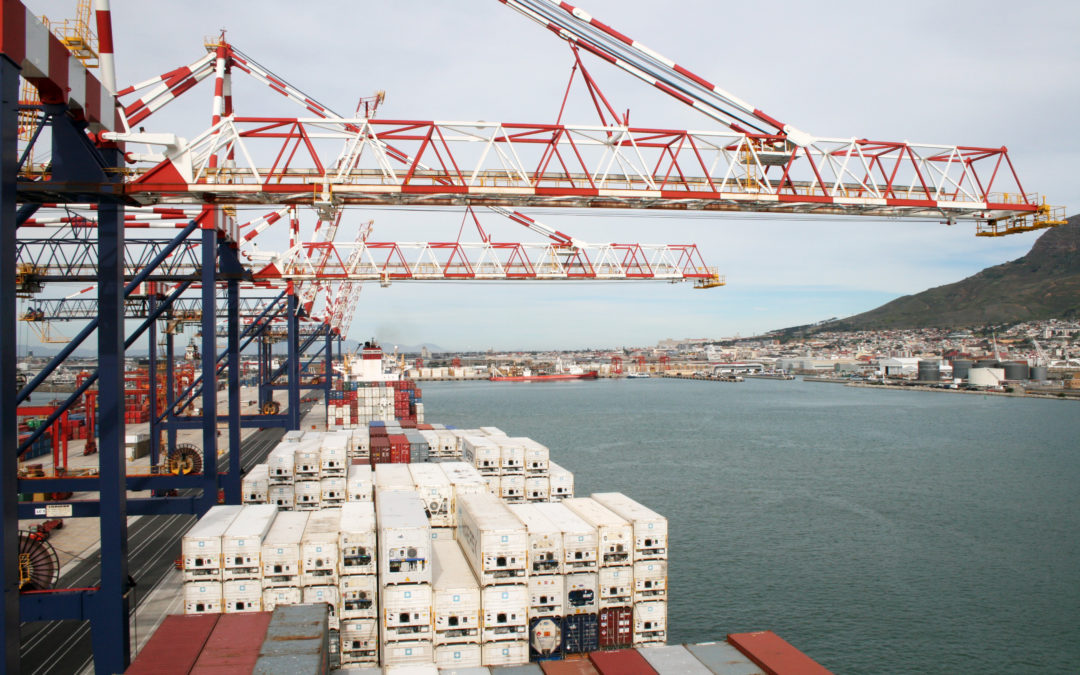 South Africa’s agricultural sector is largely export-orientated and while South African agricultural exports hit a record value of US$12.4 billion in 2021, the current circumstances in South African ports are creating a very costly bottleneck situation for South Africa’s bourgeoning fruit export industries. The industry, and country, is losing millions of Rands daily due to inefficiencies resulting in berthing delays.

According to Wandile Sihlobo, the Chief Economist of the Agricultural Business Chamber of South Africa, the urgent need to improve logistics efficiency and curb the further deterioration of port and logistical infrastructure remains a significant impediment to the growth of South African perishable agricultural product exports.

In addition to the global disruption to trade and the shortage of refrigerated containers that developed because of the Covid-19 pandemic, South African fruit exporters face several additional domestic challenges in the county’s ports. According to Justin Chadwick, CEO of Citrus Growers’ Association of South Africa, the performance of the South African Container Terminals has been below the global average for several years and continues at levels far below international norms or acceptable levels.

Chadwick explained that In December and January, moves per gross crane hour at Cape Town were 11 while this figure should be above 20, preferably between 24 and 28. The unavailability of well-maintained equipment coupled with the fact that hundreds of key personnel have recently left Transnet after being offered a Voluntary Severance Package (VSP), has seen performance and general low productivity continue to deteriorate resulting in extended shipping delays. Severe congestion caused by similar problems persists in all South Africa’s ports. The delays are creating problems both on water and land sides of the ports. The resulting congestion in the ports creates long lines of queueing trucks, and as the ports do not have sufficient staging area for trucks, the consequent backlog extends out into the roads of Cape Town and Durban, creating problems for the city traffic.

In July 2021, at the height of the citrus season, South Africa and particularly the KwaZulu-Natal province, the location of South Africa’s biggest port for fruit exports, was ravaged by widescale unrest and looting. During this period, the province experienced vandalism of rail infrastructure as well as a significant cyberattack on Transnet, the state entity in control of South African port terminals. 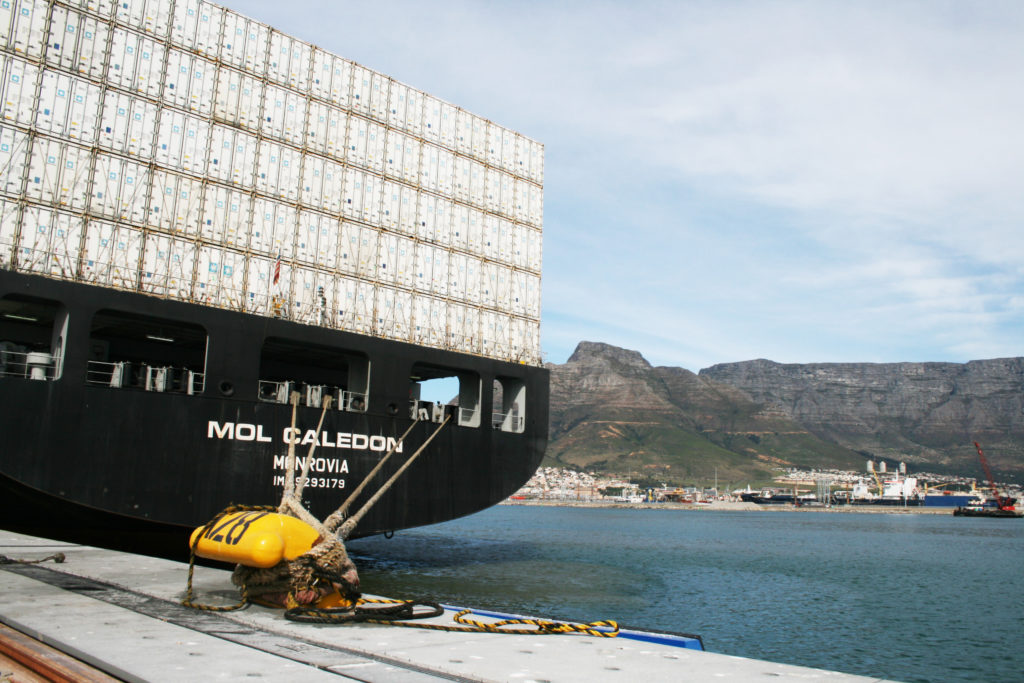 Closer co-operation between The Fruit industry and Transnet

Following these events, the various sectors of the South African fruit industry have formed a logistical committee under the unified banner of Fruit South Africa, and through this committee, the fruit industry has since engaged more closely with Transnet to focus both on the short-term challenges to the efficient export of perishable products and the long-term goals of improving port infrastructure and efficiencies.

In addition to the problems outlined above, loading in the port of Cape Town has always been hampered by high wind speeds, which have been known to exceed 90kmph. The same winds that historically earned the Cape Peninsula the ominous name of The Cape of Storms and which makes it possible for Cape Town to host the King of the Air competition, the world’s premier Kite boarding contest, create daily challenges for the loading of container vessels in the Port of Cape Town. During the past year, there have been discussions at government level about the possibility of relocating the container terminal from Table Bay to Saldanha Bay, located around 100km north of Cape Town on South Africa’s West coast.

The South African government has identified the upgrading of South African ports as a priority. In his 2021 State of the Nation address, President Cyril Ramaphosa acknowledged that South African ports had become congested and inefficient and later during 2021, he also announced plans to invest R11 billion in the Durban harbour over the next decade.

In the short to medium term, however, South African shippers are expecting port operations to remain constrained. Justin Chadwick announced to the South African citrus industry that as the necessary resources to bring about the needed improvement in efficiency will take some time to come to fruition, for the approaching citrus season, exporters will need to keep their ear to the ground to ensure they are aware of events that impact on the plan and be prepared to adapt to these changes.

Logistics will remain a challenge, as is the reality worldwide, but with the experience gained in the last 18 months in managing challenges, the fruit industry will again facilitate and coordinate actions, and exchange fruit information between port authorities and key stakeholders. South Africa will therefore remain a reliable and stable supplier of fresh fruit to all its export markets.