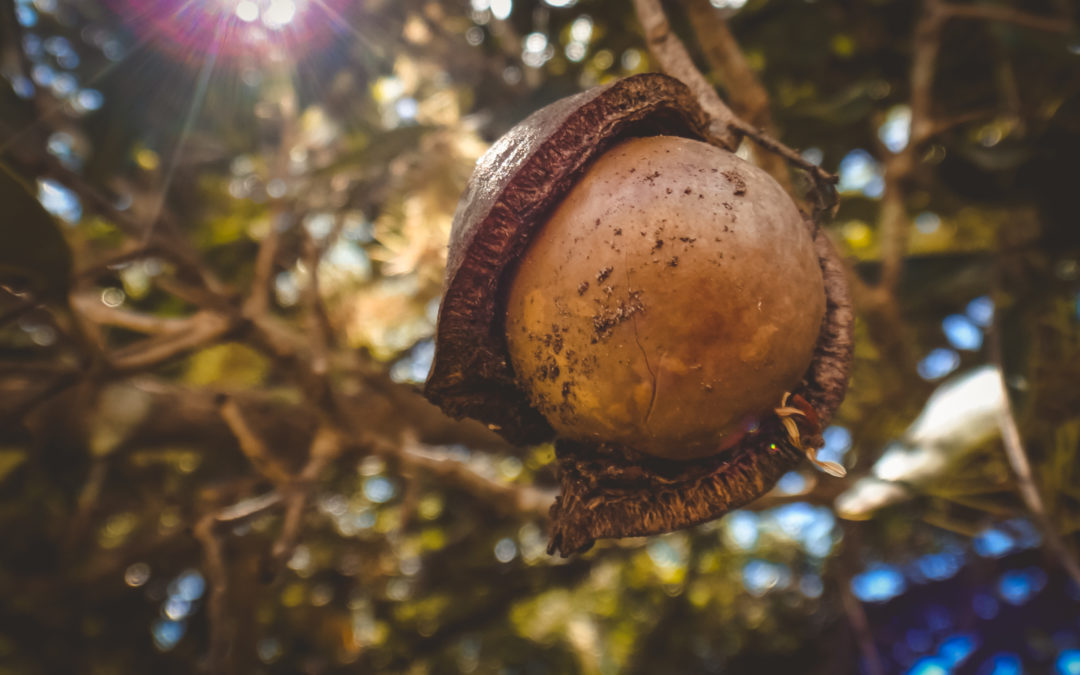 South African growers are currently receiving good international returns for macadamia nuts, and this is motivating a growth trend in the industry. South Africa has claimed the international position as a top exporter of macadamia nuts for the last five years, despite growing competition from countries like Australia, Kenya and China. A recent survey by Macadamias South Africa (SAMAC) showed that the South African macadamia industry expects expects the annual harvest to increase by 18.2% this year. This represents an expected increase to 57834 tonnes from the previous season’s crop of 48925 tonnes. According to the South African revenue service, the total value of the Macadamia exports for the 2020 season was approximately R4.8 billion. 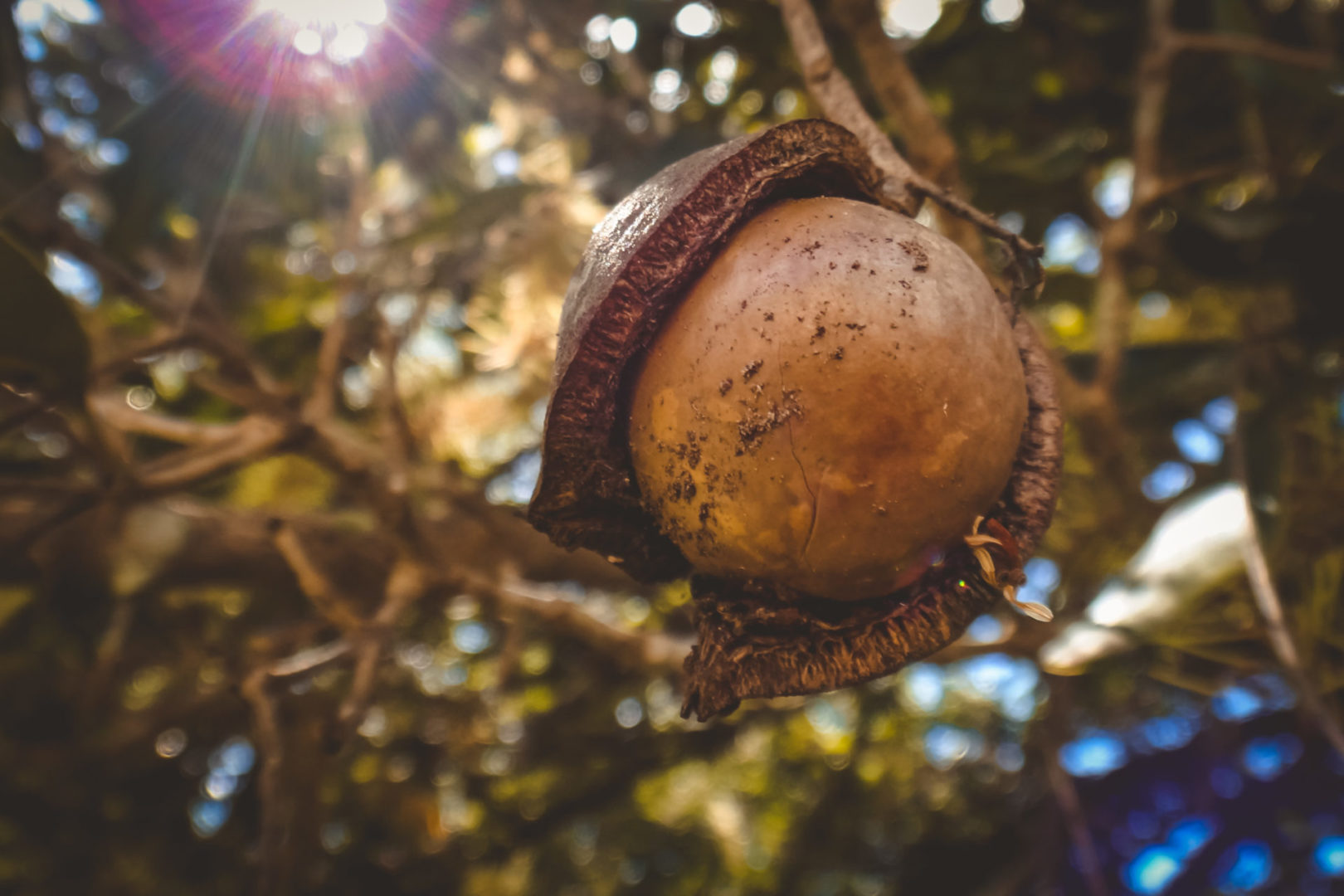 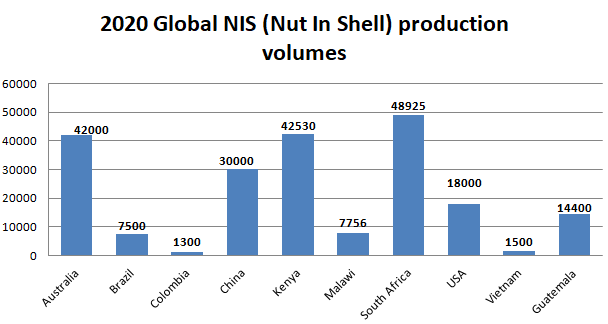 The macadamia nut orchards are established by planting grafted seedlings and the young trees are most vulnerable in the first four years after they have been planted. The trees are usually bear a small crop after their fifth year and will reach full production in 5-12 years. A macadamia tree can produce for up to 40 years and they require a hot subtropical climate. The main growing areas of macadamias are in the Levubu and Tzaneen districts in Limpopo and in the Nelspruit, White River, Hazyview, Malelane, and Barberton districts in Mpumalanga. In Kwazulu Natal, macadamias are produced along the North and South Coast regions, as well as in the Midlands. Productions are also currently increasing in and the Western and Eastern Cape provinces.

The macadamia industry is focussed almost exclusively on the export market, with 98% of the industry’s annual production shipped to international markets. According to SAMAC statistics, the international exports of South African macadamia kernels are divided per destination as follows: 38% to North America including Canada, 36% to the Europe Union and the UK, 9% to South East Asia including China, 2% to the Middle East and 6% to Japan.

As the industry expands, employment numbers continue to grow within the macadamia industry due to the increase in new plantings. It is estimated that 10 000 new job opportunities have been created within the industry. In addition to permanent employment, the industry creates an additional 9 000 seasonal jobs during the harvest season. 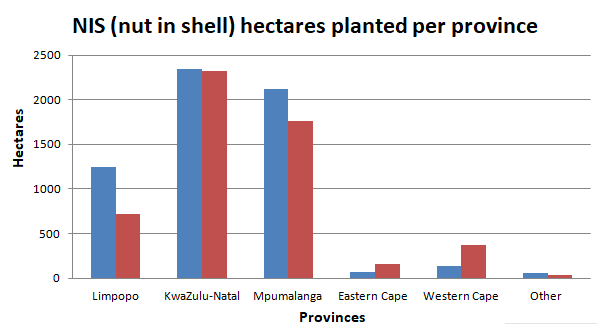 During the past two years, growth has continued in most provinces, most notably in the Western and Eastern cape provinces. Although the growth trend has continued, new plantings in 2020 were slower than in 2019.

According to an interview article done by TheMacadamia with Ambermacs’ Phillip Moufarige, the reason for the decrease in new plantings for the 2020 season was due to more than half of the South African macadamia orchards comprising of Beaumonts, which flower later than other cultivars. Last year, the Beaumont flowering period was affected by extreme heat and in some areas, drought. This adversely affected the nut set and produced much lower yields than expected as a result. A number of orchards were affected by extreme frost that “burned” some several thousand trees, followed by a prolonged period of excessive atmospheric humidity, which caused Blossom Blight in some orchards.

This growth in this industry has continued despite the threat of Covid-19. The international consumer response to the Covid-19 threat has been to seek nutritious food sources and this has further increased the international demand for macadamias. The growth in this industry is earning additional foreign revenue for the South African agricultural sector. Like South Africa’s other agricultural export industries, the macadamia industry is providing much-needed jobs in a country with one of the highest unemployment levels internationally.